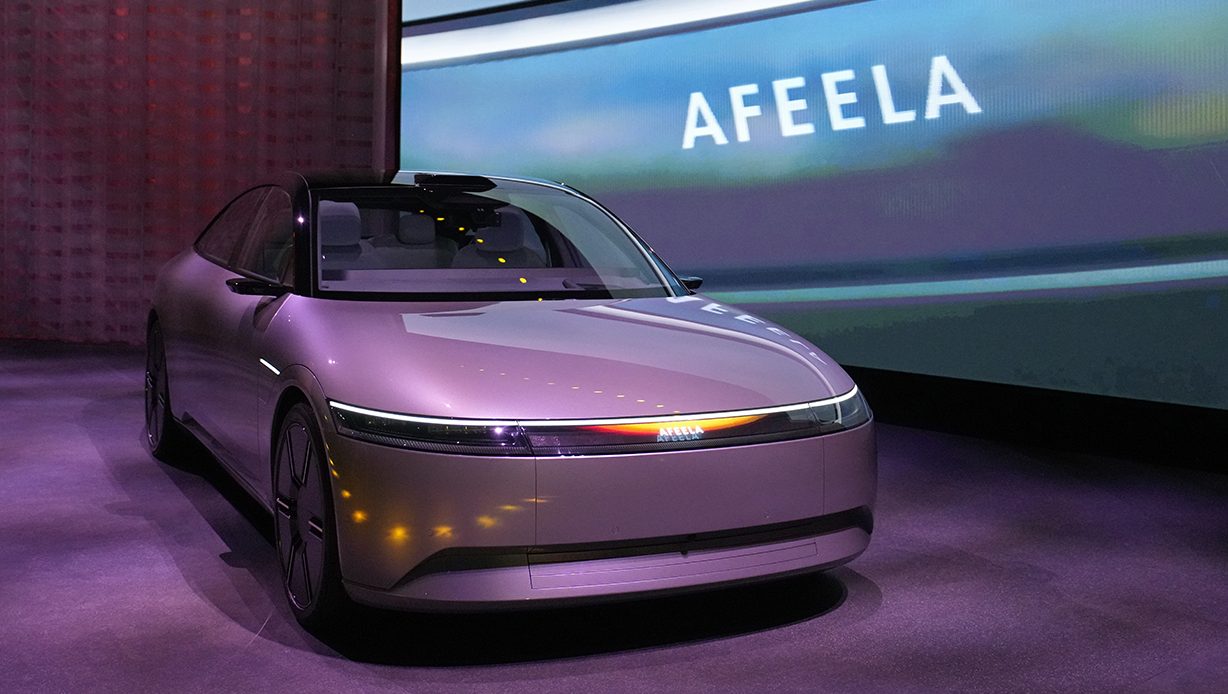 The electric vehicle prototype car Afeela, a joint venture between Sony and Honda, is displayed during a Sony news conference before the start of the CES tech show Wednesday, Jan. 4, 2023, in Las Vegas. (AP Photo/John Locher)

Honda and Sony are currently developing the Afeela cars, and they hope to make it into production in the next few years. There are some things about these cars that you should know about, including their design, price, and battery manufacturing facilities.

Sony and Honda have jointly developed a new electric car that’s called Afeela. This concept vehicle uses sensing and computing technologies to interact with drivers and other road users. The prototype isn’t yet on the market, but Sony and Honda plan to unveil a full-scale production model by 2025.

During CES in Las Vegas last week, Sony and Honda revealed the first prototype of their joint electric vehicle. Designed to provide a glimpse into the future of mobility, the Afeela car uses a variety of sensors, a media bar, and a number of other technologies to communicate with people. It also has a sleek design and a unique approach to mobility.

One of the most interesting features of the Afeela prototype is its media bar. This is a small screen that’s located above the headlights and front bumper, and is designed to provide information to the driver and other road users.

Other notable features include a small steering wheel and an open center console. Also notable is the use of a Qualcomm processor to power the display.

Sony and Honda have plans to develop the world’s most advanced level of self-driving technology. The system will be capable of “level three” autonomy, allowing the car to drive itself on limited conditions. They hope to do this by 2025, at which point pre-orders for the Afeela will begin.

Sony says that the Afeela will be able to detect humans and understand their actions. The vehicle’s electronic control unit will have the capability to process 800 trillion operations per second.

In addition to the technology, the vehicle will also have a number of other entertainment features. For instance, it will have a digital display that shares battery life, weather, and charging speed.

Sony and Honda have announced a new venture to develop and manufacture electric vehicles. The two companies have partnered under the name Sony Honda Mobility Inc. This joint venture is currently working on a prototype car called Afeela, which will eventually go on sale in North America.

Afeela is a sleek, fastback design. It features a wide media bar that can display all sorts of information. Using light, it will also interact with the person in front of it.

At the Consumer Electronics Show (CES) in Las Vegas, Sony and Honda unveiled the Afeela prototype. While not much is known about the production model, we do know that the Afeela will be powered by Qualcomm’s Snapdragon Digital Chassis technology.

This will allow for the integration of 45 internal and external cameras and the use of Epic Games’ Unreal Engine. These technologies will enable Level 3 autonomous driving.

The car will have a double-wishbone front suspension and a multi-link rear suspension. All of these suspension elements will be used in the car’s all-wheel drive system.

The interior of the car will be minimalist. The steering wheel will have buttons for the media bar and the multimedia system. Seats will have touchpads and buttons. The rear seats will be equipped with digital screens.

Afeela will have a steering wheel with a steer-by-wire technology that pivots the front wheels. Passengers will also be able to control the vehicle’s multimedia system with the use of a yoke-like tiller.

Honda has a long history of developing and selling electric cars. They are also a partner with GM on affordable EVs.

Both Honda and Sony have set a target for the first electric vehicle to reach the market by the end of the second half of the decade. The Afeela is expected to be available for pre-orders in 2025, with deliveries scheduled for spring of 2026.

Sony and Honda have joined forces to build an electric car called Afeela. This car will combine Sony’s expertise with Honda’s engineering, and the two companies will sell it in North America in 2026.

The Afeela concept car is a hybrid of the latest tech and old-school design. It’s a midsized sedan that doesn’t look like it’s from the future. In fact, it looks more like a Tesla model than a traditional Honda Accord.

Among other things, the Afeela concept vehicle uses the latest in driver-assistance technology. There are 45 cameras inside the vehicle, and it can detect a number of different objects. Additionally, the car will use a Media Bar to communicate with people and share information. The Afeela car will be able to drive itself and even offer Level 3 autonomy in certain situations. It’s also expected to feature a suite of cloud-based features, virtual universes and other augmented reality technologies. And in addition to all this, the car will be able to detect people and understand their behavior.

Ultimately, the Afeela will be able to help people enjoy the entertainment they love. There will be optional screens on the front seats, which will allow drivers to watch movies.

The Afeela will also have a Media Bar on the exterior, allowing it to communicate with people and share information. Similarly, it will have a digital display in front of the car, which will help drivers share information and even speed up the charging process.

Overall, the Afeela concept car is a big step forward in the development of electric vehicles. However, it’s still missing the main technical details, such as what battery it’s going to use.

Honda and Sony are teaming up to develop a new brand of electric cars. They’re calling the joint venture Afeela. It will feature a range of advanced features, including cloud-based services, augmented reality, and more.

The name, “Afeela,” was chosen to convey a sense of “interactive mobility,” says Yasuhide Mizuno, CEO of Sony Honda Mobility. He says that Afeela represents a new brand that will combine the passion of automakers with the technology of a consumer electronics company.

This will result in an intelligent electric vehicle. It will be able to drive on its own, using sensors and AI technologies.

The first model of the Afeela will be available in 2026. It will be offered for sale in North America. Pre-orders will start in 2025. There’s no word on the price yet, but it’s expected to be comparable to luxury car brands.

The exterior of the Afeela features a unique Media Bar. This allows the car to interact with passengers and road users, while sharing information with others. The bar also forms the subtle Sony Mobility logo.

Inside, the Afeela will have a half-size steering wheel and a five-door liftback body. It will have double wishbone front suspension and all-wheel drive.

In-car entertainment will be a focus. The in-car experience will include augmented reality and virtual universes. It will also be able to share battery life and charging speed with the driver and passengers.

The Afeela will have more than 40 sensors. These will help the car navigate and detect objects. Moreover, it will have 45 cameras.

Some observers are comparing the Afeela to the Porsche 911. Its sleek, fastback design has a “Media Bar” that can display information and interact with other people outside of the vehicle.

Sony and Honda are developing a new electric vehicle, called Afeela. This car is a joint venture between the two companies and will be manufactured at a North American Honda plant. Pre-orders for the car will start in 2025 and deliveries will begin in spring 2026. 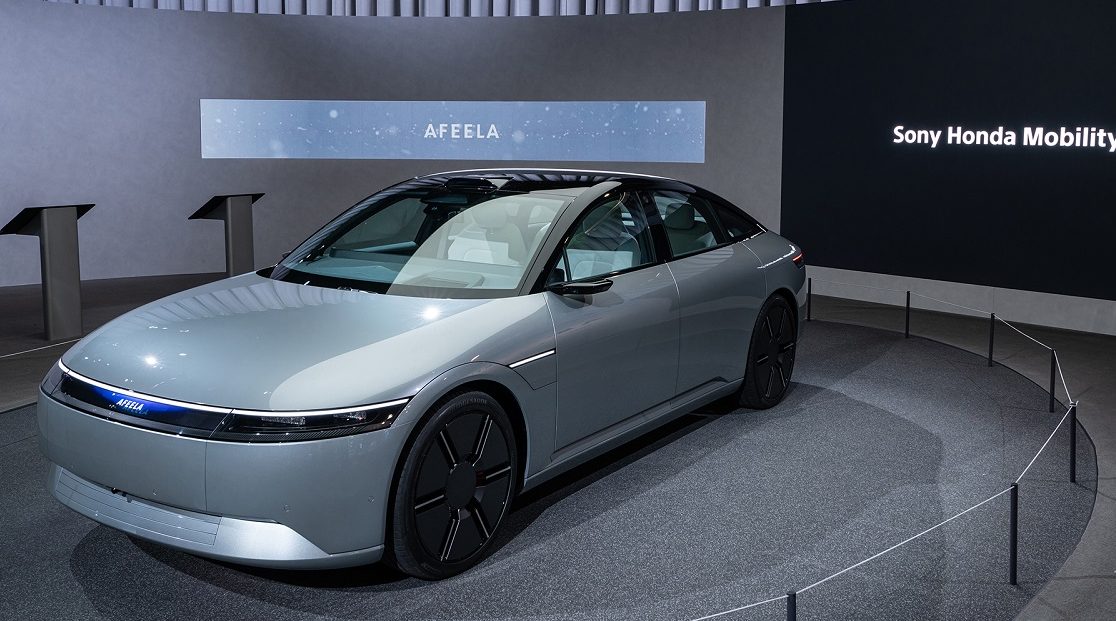 The car will be powered by an all-wheel drive system and it will feature an “exterior Media Bar” that can interact with people. It will be able to share information with passengers and display weather and battery life.

It will be built on a GM Ultium platform. It will have all-wheel drive, a double wishbone front suspension, and a multi-link rear suspension. In addition, it will have a five-door liftback body.

In terms of technology, the Afeela will be equipped with 40 sensors, which will enable it to drive autonomously and semi-autonomously. Also, it will have an array of computer chips from Qualcomm. These chips will help with its safety systems and the ability to interact with other vehicles and people.

The Afeela’s name reflects the concept of interactive mobility. According to its CEO, Yasuhide Mizuno, the word “feel” is key to the design of this vehicle.

While this vehicle won’t be out until 2026, it’s already in development. It will incorporate many of the latest and greatest technological advances. Among the features are a multimedia bar on the front bumper and a digital display in the front.

Several observers have compared the Afeela to a Porsche 911. However, it’s not entirely clear how the car will differentiate itself. Some observers have suggested that the Afeela will be similar in price to high-end luxury brands.

The Sony-Honda Mobility team previously said that it was interested in electric vehicles. They want customers to be involved in the development of the car.

November 18, 2022
Origin of the audi brand: where it all started 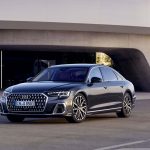 Origin of the audi brand: where it all started